THE THIRD BANK OF THE RIVER: CONSCIOUSNESS AND ANXIETY

Maybe it’s just me. Though, saying this after a title that pretends to “know all, say all” seems a kind of literary escapism—brackets of reluctance. This is what I have to say, and I will tell you: that should be the approach. Though to say it right requires a recap of my day. 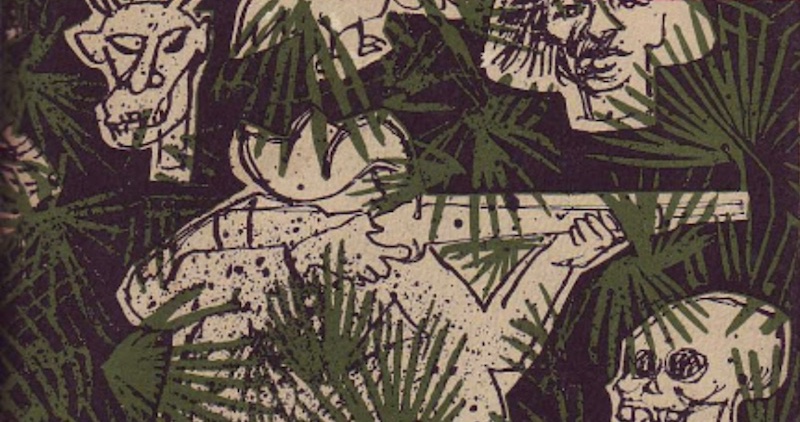 Maybe it’s just me but João Rosa’s short story The Third Bank of the River is an allegory for consciousness, anxiety, and control.

My life seems in limbo. Adulthood is just beyond a physics course that I am, at snail-speed, completing. I’m living at home: barely writing, reading, physicsing, and waiting.

All this to say that I have spent today lounging on the coach in my parent’s house. I have had three coffee’s too many: my body not deserving to by primordialized by adrenaline, having no reason to be whipped into action, having no lions, made brain lions.

I have just finished reading Phillip Roth’s American Pastoral. A masterpiece, which, like most pieces of great literature, has left me feeling a little conflicted: deeply moved but disappointed by my own writing. Roth's book, and generally his writing, is alight with a deep compassion for his characters. Though, compassion for its characters seems simply a way to realize and distribute the profound sadness of their experiences: so I ask, is this empathy?

The book left me anxious and sad and moved, and my brain was swimming with words and coffee. I couldn’t focus on anything.

It’s in these kinds of moments that I tend to feel dissociated—detached from the world and my decisions. One of my recurring fears is losing control of my body my mind. Although this losing control is not the terrifying part: the terrifying part is coming to after 10 or 20 or 30 or 40 years to whatever life an automated version of myself has built.

If I can zone out for 20 second, why can’t I zone out for 20 years. If the past seems lived by someone else, then who is to say it isn’t. This is not to say that I fear aging (or at least it predominantly isn’t) or that I am tumbling into a midlife crisis (read: DFW’s profoundly dark thoughts on early midlife crises). It is more a question of anxiety, consciousness, and control: each of which is really just about the other two.

It was in all of this nervousness and coffee that I finally understood João Rosa’s short story The Third Bank of the River. Though, I think understanding stories is a semantic misapplication. We don’t understand stories: we come to an understanding with them.

So, today I came to an understanding with João Rosa’s story. If you haven’t read it, then I strongly recommend you do so. In the rest of this post, I discuss specifics of the story

#The river and consciousness

In the story the protagonist’s father takes a boat out onto the wide river that snakes past his home; once on the river, he never returns to the shore.

Father headed his boat to the other side of the river and into the marshes, which he knew like the palm of his hand but in which other people quickly got lost. There in his private maze, which extended for miles, with heavy foliage overhead and rushes on all sides, he was safe.

-- The Third Bank of the River1

In rereading Rosa's story, it was the line above that got me thinking that questions of conciousness underlie The Third Bank of the River. The line reminded me of the first line of Dante's inferno.

Midway along the journey of our life, I woke to find myself in a dark wood,for I had wandered off from the straight path.

The mind is a maze and a forest: the neurons are composed of dendrites, they are dendritic. Whenever, a character is walking through a forest, I can't help but think they are walking through a mind: though, in many cases, I admit this is not likely explicitly the point. Every verdant hike is not a metaphysical journey. 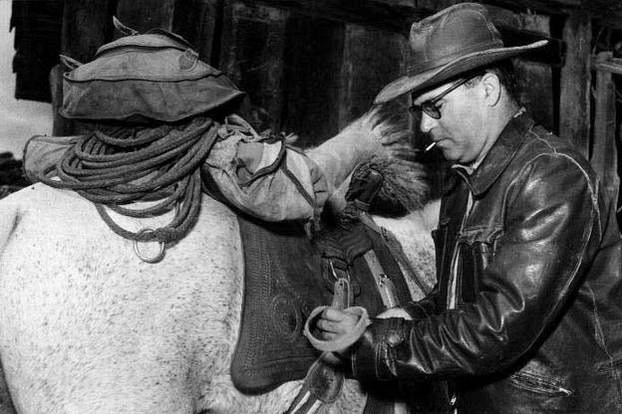 Rosa during his travels through the sertão3

And, anyway, after all my wordage, I’m not here to try and convince you that this story is "about" consciousness or anxiety; I don’t think it was meant to be about either.

What I can’t help but thinking and feeling when reading and rereading the story is this:

When the son tries to take his father’s place on the river.

He heard me. He stood up. He maneuvered with oars and headed the boat toward me. He had accepted my offer. And suddenly I trembled, down deep. For he had raised his arm and waved—the first time in so many, so many years

-- The Third Bank of the River4

When the father rows back towards the shore, I cannot help but think he is waking up from a dream: from his life that has been lived and spent on the river without him. A life finally remembered.

On a boat in a river seems a way to live life without living it: to experience it free of anxiety and free of the inevitable edges of profound sadness.

The story reads so much like a dream, too. Passing quickly, suddenly: a generation spent in a couple of pages. All this to say:

Anxiety is swimming against the current of the stream of consciousness, but what would life be if we stopped.

I must stay in the deserts and unmarked plains of my life, and I fear I shall shorten it. But when death comes I want them to take me and put me in a little boat in this perpetual water between the long shores: and I, down the river, lost in the river, inside the river…the river…

-- The Third Bank of the River5